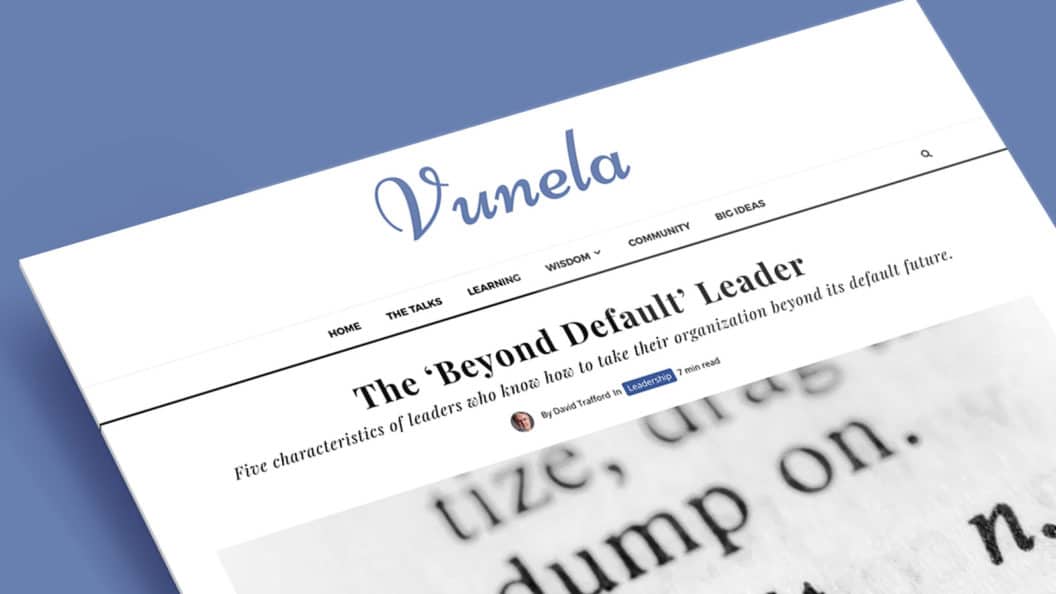 Much has been written about leadership, most of which focuses on the characteristics and behaviours of what the writer considers to be a successful leader. It could be argued that there are as many types of successful leader as there are writers on the subject. And some argue further that the distinction between leadership and management is meaningless as good management embraces good leadership, and good leadership embraces good management. Without getting too deeply into the semantics of leadership and management, my observation is that the most effective leaders and managers are those determined to take their organisations beyond its default future.

By default I mean the place an organisation will end up if its leaders and managers take no action other than that currently planned. In many respects the modus operandi is based upon the (false) assumption that the future will be an extrapolation of the past. But we all know that organisations are operating in an increasingly volatile, uncertain, complex and ambiguous (VUCA) world and as a result the organisation’s context can change very rapidly, and with it its future.

The ‘Beyond Default’ leader understands this, and more importantly incorporates this dynamic in the way they lead and manage their organisation. So, what do Beyond Default leaders do, how do they think and how do they operate?