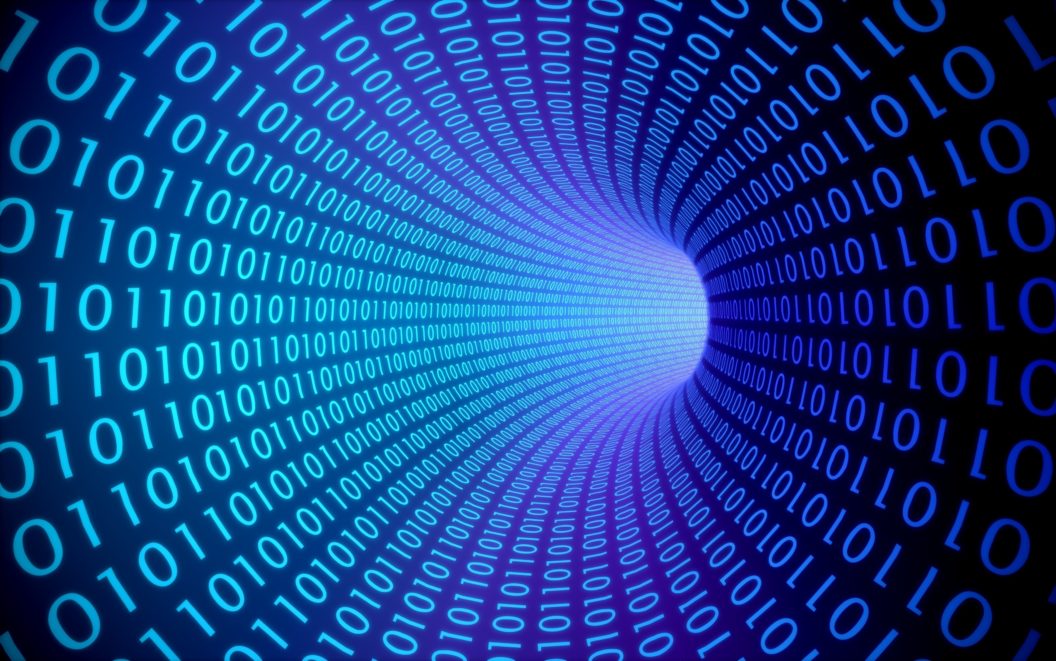 David Trafford and Peter Boggis argue that if organisations are serious about becoming ‘more digital’, they need to give focus and attention to developing ‘being digital’ as an organisational capability. They describe the seven conditions that need to be in place to develop and sustain this capability.

All organisations are digital to some degree. The question is: how digital do they need to become if they are to compete in an increasingly digital world? From the early days of computing – or, as it was then called, data processing – all organisations, whether they are commercial enterprises or government agencies, have become increasingly digitally-enabled. Whether it involves automating processes, supporting decision-making or enabling customer self-service, information technology has fundamentally changed the way all organisations operate. But in many respects this digital transformation has only just begun. Without doubt, advances in digital technology will continue to define the trajectory of all organisations; those that understand the digital possibilities will be better able to shape their future, while those that do not, will find that their future is determined for them by others.

‘Being digital’ is new and not new

In many respects being digital is simply the latest phase of a journey that started when organisations first introduced mainframe computers over 50 years ago. While today’s digital technologies like wi-fi, smart phones, tablets, big data and cloud computing are much more advanced, they continue to challenge our thinking on how organisations could and should operate. Individually and collectively, they enable us to do things that were simply not possible – or economically viable – a few short years ago.

If we look back over the journey so far, we can see that in the 1980s we talked about the ‘competitive advantage of IT’; in the 1990s it was ‘e-business’; in the 2000s ‘digital business strategy’; and today ‘digital transformation’. While each phase of this journey was shaped by advances in digital technology, their application was driven by the change in context that the technology created. This change in context forced us to see the world differently, which in turn drove new ways of thinking. The key to exploiting new digital technologies is to really understand what they offer and to have the capabilities in place to capitalise on their potential value.

In many respects, the challenge is less about digital technology and more about developing the capabilities needed to embrace them in a timely manner. Being digital is an ‘organisational capability’ that needs to span the whole organisation, not just the IT function.

Being digital as an organisational capability

Creating the conditions for being digital

Each of these conditions is described below. 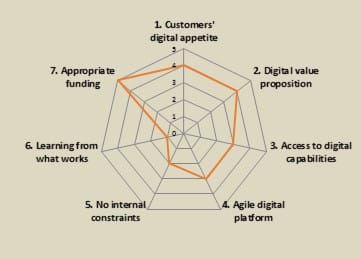 Assessing the conditions for being digital

The seven conditions discussed above can be assessed in terms of the extent to which they are individually and collectively in place. Action can then be taken to increase those that are weak and ‘protect’ those that are in place.

An example of how the results of such an assessment could be presented is shown here.

Don’t think about ‘being digital’ as selecting one or more IT projects that you have to do to remain competitive. Think about it as a ‘state of being’, an attitude that permeates the organisation in a way that continually challenges established thinking and drives innovation. Ultimately, the choice is one of being reactive or proactive to the continuous flow of digital technologies and the opportunities they bring. Establishing the seven conditions that build ‘being digital’ as an organisational capability is simply a strategy for being proactive.