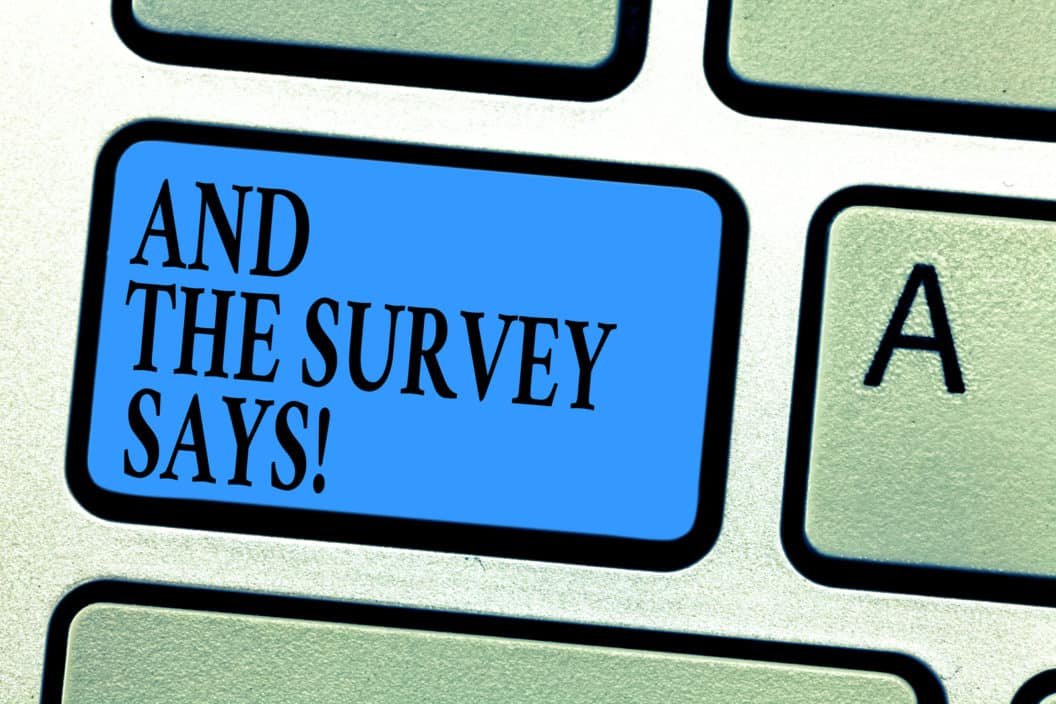 During a recent webinar participants were asked to give their assessment on how effective they thought their organisations were at developing strategy and delivering change. They were asked six questions to which they responded in a live poll. The results were both interesting and concerning. Interesting as they concurred with the answers I’d got many times before when asking similar questions, and concerning as they continue to show how poor organisations are at developing strategy and delivering change. The people who participated in the poll were all professionally qualified managers and executives from a range of industries, principally, but not exclusively, from Europe.

In this post I will share the outcomes of the poll and suggest some possible reasons for the results.

Q1. Could you confidently explain the strategy of your organisation?

Or, to put it another way, less than one in four felt able to confidently explain their organisation’s strategy. And remember, these are professionally qualified managers and executives.

Q2. Have you ever been involved in executing a strategy that you didn’t understand?

Here, two out of three participants had been asked to implement something that they didn’t understand. In our book Beyond Default we cite one study by Strategy& (formally Booz & Company) that surveyed more than 2,200 executives, managers and employees on the major obstacles to transformation success. Forty-four percent said they didn’t understand the change they were asked to make and 38% didn’t feel the need for change in the first place.

A possible explanation is that the strategy they were expected to execute was too complicated, too detailed or too vague to be meaningful. As Richard Rumelt argues in his best-selling book Good Strategy/Bad Strategy the gap between legitimate strategy and the jumble of things people label as strategy has grown over the years.

Another possible explanation is that there is not a shared understanding of what the term strategy actually means. For some people it’s all about market positioning, and for others it’s about product differentiation or the values that drive the organisation. The reality is that it can mean different things to different people. Furthermore, its adjective (strategic) is often used to give something more importance than it rightly deserves. In fact a number of CEOs I know have banned the term as everything was being labelled ‘strategic’! This is not something I recommend.

An organisation’s improved future is entirely contextual and depends upon whether it’s a private or publicly-quoted company, a not-for-profit enterprise, a government agency, an established business or one that is relatively young. It could be increased profitability, greater cash flow, stronger competitive position, better performing assets, greater market share or a more ethical culture. It’s for you, as leaders, to decide.

The term trajectory is used intentionally and refers to the direction an organisation travels as a result of the influence of forces acting on it. If we draw the analogy of wanting to cross a river by boat we all know that we have to take into consideration of the strength of the current, the force of the wind, the size of the boat and the amount of power available to push it through the water. It’s the same for organisations.

It’s also important to remember that a strategy is only a strategy if the choices once executed are difficult, if not impossible, to reverse or undo. The rest is planning, which can be changed – albeit at a cost.

Q3. Have you thought about the default future of your organisation?

It’s encouraging to see that nearly four out of five had given thought to what the default future of their organisation might be. This result is not entirely surprising as all good leaders think about the future of the organisation for which they are accountable. They may not use the term ‘default future’, but good leaders understand the likely outcome if no action is taken beyond that which is currently planned. It’s another question as to whether they effectively confront the default future and formulate a strategy that puts their organisation on a different trajectory – one taking it to an improved future.

Q4. Do you believe the default future will be better, worse or same compared with today?

Here four out of ten felt that that the default future of their organisation would be better than today, and the same number felt it would be worse. While one in ten thought it would be the same. This result poses an interesting question: if in the first question 77% said they couldn’t confidently explain their organisation’s strategy then where does the confidence of the 39% come from? Was it based upon confidence in their senior leadership to ‘get it right’, or a belief that prevailing market conditions – that had contributed to positive past performance – would continue to be in their favour?

Q5. What’s the predominate approach to executing strategy in your organisation – is it to implement (push) or operationalise (pull)?

When it comes to executing strategy there are essentially two approaches. One approach is to implement, where the organisation is ‘pushed’ onto its target trajectory through the execution of a series of planned tasks. This approach is predicated on the assumption that organisations are deterministic and programmable, but we all know that they are not. They are dynamic systems that can behave unpredictably – and respond in unforeseen ways – when attempts are made to change them.

The results of this poll confirmed what we have learned on many other occasions, that the predominant approach to executing strategy today is to implement, as opposed to operationalise. If, as is often quoted, between 60% and 70% of strategies fail to deliver their target outcomes then a different approach to executing strategy is needed, and that alternative is to operationalise.

Q6. Are you currently in an organisation where the leadership is aligned and their behaviour joined-up?

What the results of these six questions tell us is that developing strategy and delivering change remains one of the most significant challenges facing organisations today. Being able to develop and execute strategy is important because the future of the organisations we lead depends upon it. If we want to increase the chances of success – and we must – we need to get better at this important capability. If we don’t effort will continue to be wasted, wealth will be lost and the livelihoods of people compromised.

We have an obligation as leaders to get it right.