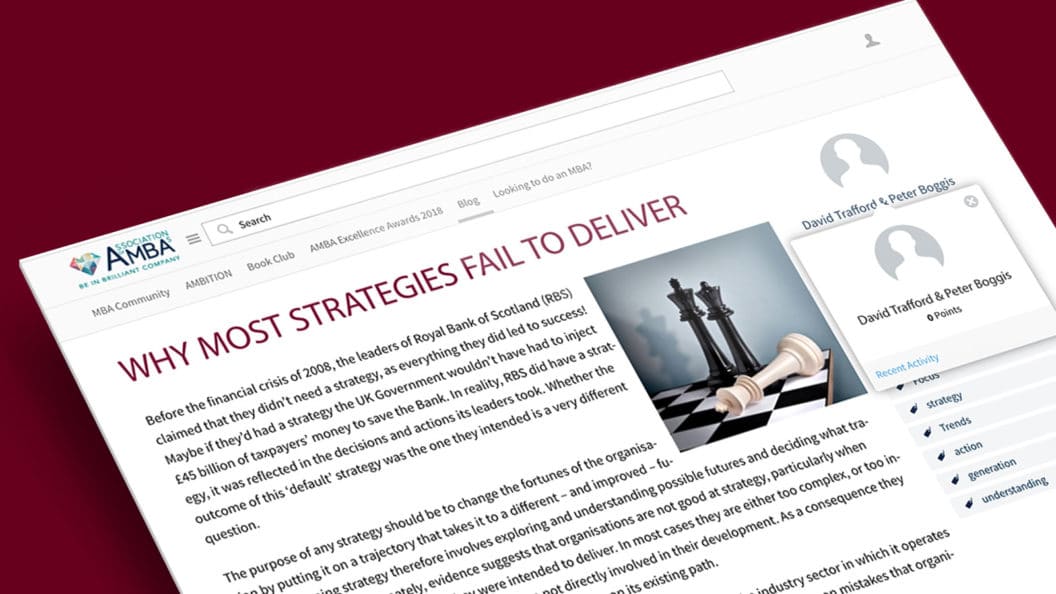 Before the financial crisis of 2008, the leaders of the Royal Bank of Scotland (RBS) claimed that they didn’t need a strategy, as everything they did led to success! Maybe if they’d had a strategy the UK Government wouldn’t have had to inject £45 billion of taxpayers’ money to save the bank. In reality, RBS did have a strategy, it was reflected in the decisions and actions its leaders took. Whether the outcome of this ‘default’ strategy was the one they intended is a very different question.

The purpose of any strategy should be to change the fortunes of the organisation by putting it on a trajectory that takes it to a different – and improved – future. Developing strategy therefore involves exploring and understanding possible futures and deciding what trajectory to take. Unfortunately, evidence suggests that organisations are not good at strategy, particularly when measured against intended outcomes. In most cases strategies are either too complex, or too incoherent, to be understood by those who were not directly involved in their development. As a consequence they tend to have little impact and the organisation continues on its existing path.