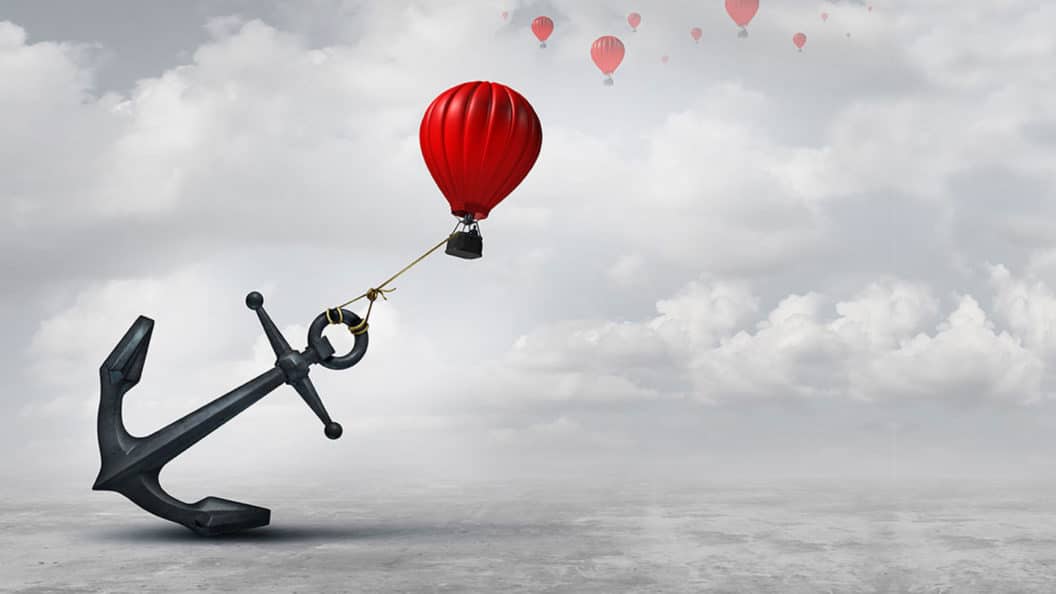 Ironically, the very capabilities that your organisation has developed over time, and that have made it successful in the past, can be the same ones that are anchoring it to its current trajectory. If the purpose of strategy is to change an organisation’s trajectory – to one that leads to an improved future – then the influence of these potentially ‘anchoring’ organisational capabilities needs to be assessed and actions taken to weaken some and eliminate others.

Organisational capabilities are formed from a combination of shared mental models and frameworks, common language, beliefs and mindset, processes and practices, conventions and norms, shared experiences and individual skills developed over time. Significantly, as they become embedded within an organisation, they are not lost when key individuals leave.

The world of IT offers a common example of this where its existing organisational capabilities anchor it to its current trajectory. Most IT organisations deliver what is expected of them; they keep the systems running, fix faults when they arise, deliver enhancements when requested and manage the risks that come with a complex – often legacy – installed base. They do everything they can to prevent the systems from going down. Continually meeting these same, unwavering expectations results in a set of organisational capabilities that are entirely appropriate for the context as the IT team sees it – keeping the business running and minimising the risk. Should the context change – for example, following a decision to replace core legacy systems with a modern, more integrated platform – existing organisational capabilities are likely to be out of line with those that are needed. Add to this a decision to use an offshore IT services provider, and you create a context where most IT organisations struggle, particularly when they are also expected to maintain legacy systems during the transition. It’s therefore not surprising that a vast number of IT transformation projects overrun their budgets and miss deadlines, with many ultimately failing to deliver their intended outcomes.

The classic example of an organisation whose organisational capabilities prevented it from changing trajectory was Blockbuster, the once highly successful video rental business established in the 1980s. At its peak it employed more than 60,000 people globally and was opening a new store every 17 hours. The organisational capabilities it developed during its growth included the ability to locate, open and run stores; establish franchise agreements; manage warehouses and ship video cassettes, and later DVDs and video games. When its context dramatically changed with the advent of broadband these organisational capabilities were not the ones needed for an online video-streaming business. As a result it was not able to change its trajectory and in 2010 the once 8 billion dollar business sought protection against bankruptcy.