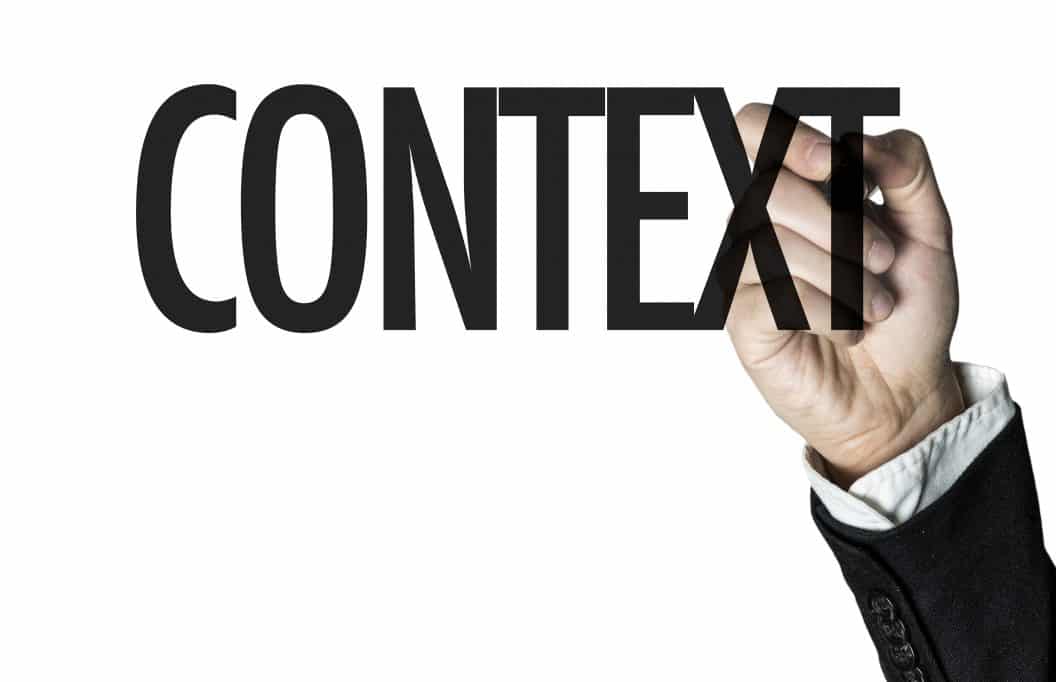 In early 2020 the context of the majority of the world’s population, and millions of businesses across the globe, changed. The exogenous force that caused this significant context shift was, of course, COVID-19. It was a context shift that no one foresaw, nobody wanted and no one was prepared for. While governments struggled to respond and health services became overstretched, the scientific community came to our aid, and exceeded all expectations, by developing multiple safe and effective vaccines in record time.

While this was a devastating period for many businesses, particularly those in hospitality, travel and high street retailing, businesses in other industries, such as online retailing, video meetings and entertainment streaming, prospered. For example, during 2020 Zoom’s sales grew 326%, Netflix added 37 million new subscribers and Amazon’s annual revenue grew 37.62% to $386.064 billion. For many businesses the impact of COVID-19 was immediate, for others the pandemic accelerated a trend that that was already underway.

But this article is not about the impact of COVID-19, it’s about how the influence of all exogenous forces are continuously changing the context within which we, and the organisations we lead, operate. Exogenous forces have always been with us. They are the forces that define our existence. Some of them may be very familiar to you, for example government regulation and climate change, while others may not yet be on your radar screen. As they have an external cause or origin, they are outside your control. You cannot change them; you can only respond to them. The key question is do you and your leadership colleagues have a ‘clear line of sight’ between the changing influence of exogenous forces, the resulting context shift within which your organisation operates and your strategy? If not, you could be flying blind.

In our book Beyond Default, we discuss the changing influence of five global exogenous forces (population dynamics, globalisation, energy usage and availability, climate change and the internet), plus five other forces that tend to have a more regional impact. However, we did fail to mention one – global infectious diseases. But we weren’t alone. In early 2020 the World Economic Forum, Global Risks Report 2020 did not consider infectious diseases as a top 10 risk and, should one happen, their assessment was that the impact would be low! In the past couple of years another exogenous force has gathered strength, and that’s the movement rightly supporting equality and diversity.

While the existence and influence of exogenous forces is generally accepted, and their impact on strategy assessed using frameworks like PEST (Political, Economic, Social and Technological), they are rarely given the attention they truly deserve. The mistakes often made include.

This is best illustrated by the story of a man who had lost his car keys. The story goes that one dark evening a passer-by saw an elderly man searching through the grass under a lamp post. He asked, “Have you lost something? Can I help?” The man replied, “I’ve lost my car keys.” Feeling sorry for the old man, the good-hearted stranger joined the search. After a while, and with no success, he asked, “Where were you when you lost your keys?” “Over there by my car,” the man gestured. The passer-by was puzzled and asked, “If you lost your keys over there, why are you looking for them over here?” The old man replied, “It’s dark over there, and the light’s much better over here.”

We may laugh at this foolishness, but we all have a tendency to operate in a space that we know and understand – in effect where the light is shining and where we feel more comfortable. The danger is that in doing so we miss things that are happening in places where we’re not looking, whether it’s the emergence of new technologies, global economic trends or the growth of a competitor we’ve not yet heard of.

This is a classic example of confirmation bias where we selectively seek information that confirms what we think we know, understand or believe, while rejecting or ignoring conflicting data. Unfortunately, this occurs all too often when developing strategy. We’ve all experienced situations where a leader comes up with a strategy – their strategy – and rejects all information that challenges their thinking. The classic example is when a new CEO comes into the organisation from outside and brings ‘their strategy’ with them. A strategy that may have been very successful in their previous organisation – that operated in a different context – but is of little relevance in the current context.

It’s one thing being aware of an exogenous force, it’s another understanding its influence and pace of change. In the words of Bill Gates “We always overestimate the change that will occur in the next two years and underestimate the change that will occur in the next 10.” This is often the case with innovations in technology, particularly digital technology. While many ‘experts’ claim that advances in Artificial Intelligence, Machine Learning and Blockchain will imminently transform businesses and society, those of us who have seen similar claims in the past know that it takes longer for the necessary systemic change to happen.

The corollary is that while we acknowledge the existence of certain exogenous forces, we conclude that their influence is minimal and will remain so. This was effectively illustrated by Charles Handy in his book The Age of Unreason. He called this phenomenon the ‘the boiled frog syndrome’ and described it as follows. If you place a frog into a pot of boiling water, it will of course frantically try to clamber out. Likewise, if you place a frog into a pot of freezing cold water, it will also try to jump out. But if you gently place a frog into a pot of ‘frog-temperature’ water it will make no attempt to escape. If the water is then slowly heated, the frog will initially perceive no danger and adjust its own internal temperature. As the temperature increases it will eventually reach a point where its body can no longer compensate, and it will die. While there is some disagreement in the scientific community as to whether it would actually play out that way, we’ll go along with it to illustrate that in our daily lives we’re often too busy to recognise the significance of small changes. It’s the same when our children grow up – we don’t notice how much they grow day by day until it’s pointed out by others who don’t often see them. The danger is that incremental changes in context are not noticed until it’s too late to do anything about it.

A case in point is how governments are now responding to climate change by setting aggressive net zero targets. For example, the UK Government’s Energy White Paper (December 2020) Powering our Net Zero Future states that ‘the UK will end the sale of new petrol and diesel cars and vans by 2030, 10 years earlier than planned’. After years of being aware of climate change and the public’s demand for action, the motor industry is now scrambling to respond to future legislation.

While the influence of individual exogenous forces can contribute to a change in context, their true influence is only seen when they act in combination. For example, the world’s growing population is consuming more energy, which is having an effect on climate change. It’s also driving globalisation and urbanisation as more people in developing countries move from rural villages to work in urban factories. In addition, it’s creating greater demand for food and clean water, which in turn creates new opportunities in the field of ‘smart farming’, with GPS (global positioning systems) fitted to farm equipment to improve uniformity and effectiveness of fertilizer, insecticide and pesticide spraying. The internet is also enabling farmers to access farm-management systems that help them optimise production, and in developing countries small farmers can use these internet-enabled platforms to sell their livestock and produce without having to travel miles to market.

By definition exogenous forces have an external cause or origin. They originate from outside your organisation and, as a consequence, are outside your control. While you may be able to influence some, for example government policy through lobbying, the only thing you can do with the rest is respond.