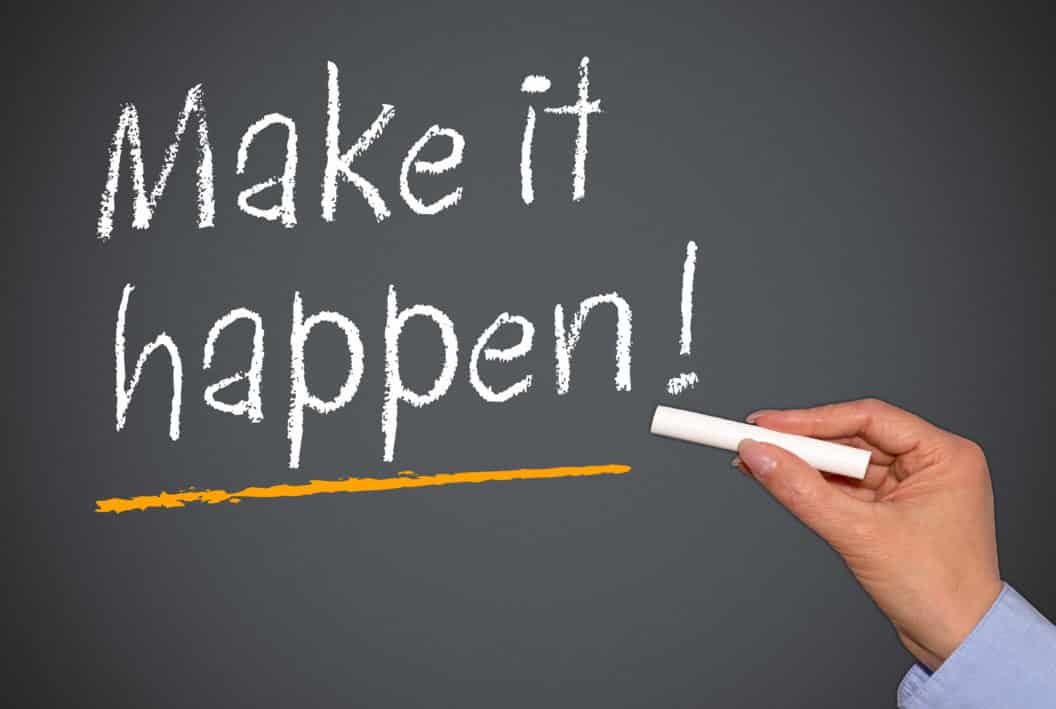 David Trafford and Peter Boggis argue that there is often more to operationalising strategy than making structural changes, redesigning processes and training staff. For strategies to be truly successful, leaders need to create the conditions that enable the organisation to pull itself into an improved future – a future that not only reflects the strategic intent, but also becomes operational reality.

The role of leaders is to think about the future for which they are accountable – to think about strategies for their organisation that will lead to an improved future. This involves making conscious and explicit choices about what their organisation will (and will not) do. But it’s also about considering the art of the possible, as strategies that cannot be delivered can do more damage than doing nothing. Essentially, it’s about finding a way of successfully shifting the organisation’s trajectory – away from its default future to one that is not only better but achievable.

Should strategies be operationalised or implemented? And what’s the difference? Essentially, the purpose of any strategy is to define three things: a target future, a business case and a set of changes needed to realise the target future. If the strategy is accepted, the focus usually moves to implementation or, as some prefer to call it, execution: the assumption being that if the changes outlined in the strategy are implemented, the target future will be realised and the business case achieved. For some strategies, this is indeed the case; for others, it’s not so easy. For example, if the strategy was to reduce operating costs by closing a plant or divesting a business division, implementation is relatively straightforward: plans can be developed and progress easily measured against them. But what if the strategy was more transformational – requiring a fundamental change of trajectory? In these situations is it really possible to set out detailed plans and execute against them? In our view, no.

Implementation – as it’s generally practised – is about pushing the present into the future, rather than pulling the present into the future. The push approach is predicated on the assumption that successful implementation is achieved through the execution of a series of steps – essentially, implementation of a pre-defined plan; where the completion of each step takes the organisation closer to its target state. The pull approach takes a different perspective and aims to create a context where people can exercise their judgement, apply their experience and use their expertise to pull the organisation from the present into its target (improved) future.

The main weakness of the push approach is that it assumes organisations are deterministic and ‘programmable’. Yet we all know that organisations are not predictable, particularly at times of significant change; they are dynamic systems that respond – often in unforeseen ways – when attempts are made to change them. As a consequence, an implementation plan is always out of date. Furthermore, having such a plan can lead people to believe it is someone else’s responsibility to action it: namely the people implementing the plan.

The challenge with the pull approach is that it needs to be embedded within the organisation in ways that lead to intellectual, emotional and physical engagement. And this can only be achieved if the right context is created – a context where everyone in the organisation can constructively contribute to pulling the present into the future.

So, when is it more appropriate to adopt the pull as opposed to push approach?

If the required shift in trajectory is not significant and the target future is ‘better business as usual’, then the push approach is probably best. In this situation the outcomes are more predictable and therefore plans can be developed and executed.

If, however, the target future requires a significant shift in trajectory, and as a consequence the outcomes are less predictable, then the pull approach is more appropriate.

Creating the conditions for operationalising strategy

Creating the conditions for operationalising strategy therefore depends upon which approach is being taken, ie the push or pull approach. In either case there are some ‘always true’ conditions like leadership, governance, communication, commitment and resources. These conditions are well documented – but maybe not universally applied – and are not discussed further in this article.

If the pull approach to operationalising strategy is being applied, we believe there are six additional conditions for success that need to be in place. We believe that when these six conditions are in place, they individually and collectively demonstrate leadership, achieve clarity of communication and build commitment. The six conditions are described below. Note that they are named as outcomes, rather than actions.

The aim of these conditions is to create a context where strategic intent can be translated into operational reality. 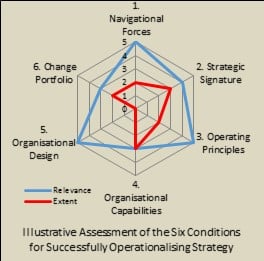 The six conditions discussed above can be assessed in terms of their relevance (at a point in time) and the degree to which they are currently in place.

The value of such an assessment is twofold: firstly, they can act as a powerful leading indicator as to whether operationalising the strategy will be successful. Secondly, they provide a framework for creating the right dialogue with colleagues.

An example of how the results of such an assessment could be presented is shown in the illustration on the right.

Our point of view on turning strategic intent into operational reality can be summarised as: