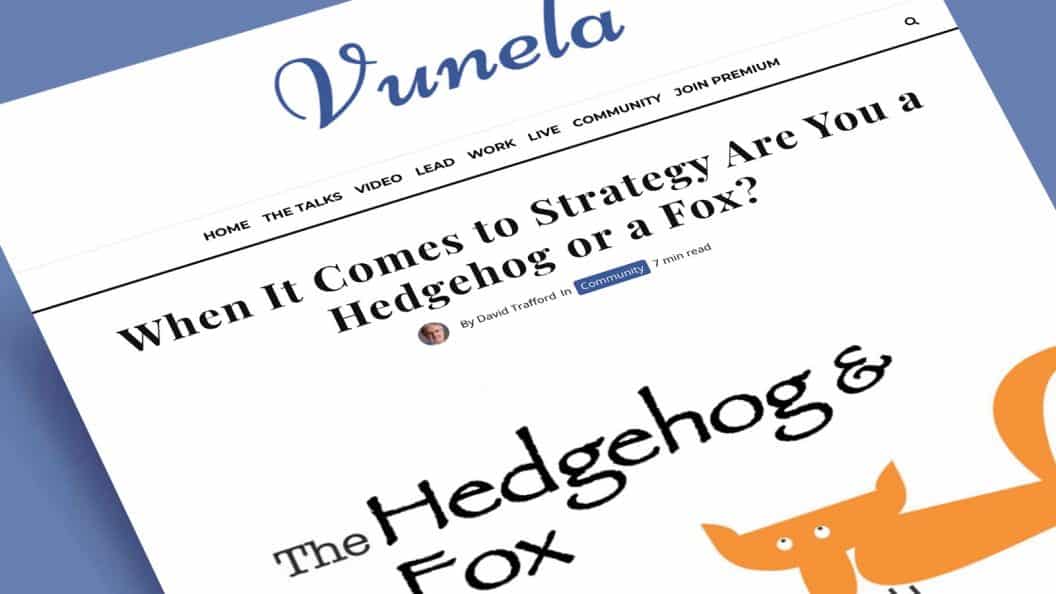 Is your approach to strategy to apply one big idea that you’ve been developing for some time, or do you consider many ideas – or a combination of ideas – that you think may be relevant? If you’re the former, according to Isiah Berlin – the British social and political theorist, philosopher, and historian of ideas – you’re a hedgehog. If you’re the latter, you’re a fox. He got the idea from a fragment of an ancient Greek poem by Archilochus: ‘The fox knows many things; the hedgehog one big thing’. Berlin expounded Archilochus’ epigram first in a lecture he delivered in Oxford and then in an essay published in 1951. His ideas were further developed in his book The Hedgehog and the Fox, published in 1953.