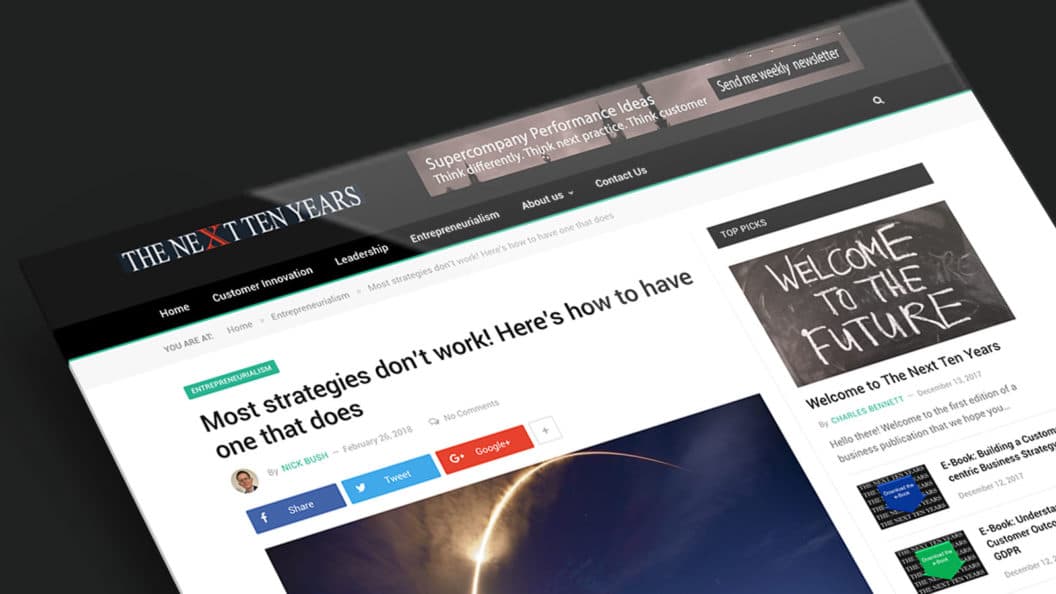 Nick Bush from The Next Ten Years interviews David Trafford on the thinking behind the book Beyond Default.

NB: The idea of an organisation being on a trajectory is a compelling one, but I’ve not seen it articulated in this way before. Has anyone else defined strategy in a similar way before?

DT: Not that we’re aware of. The thinking emerged over many years of advising companies, and it really accelerated over the last eight years since we set up our own company (Formicio). We kept hearing language like “This organisation is hard-wired, it will never change” and CEOs would say the organisation won’t change or people tell me what they think I want to hear but nothing changes. And when you talked to non-execs they would say we need a change of direction – but the only lever they’ve got is to change the CEO. Companies were spending millions of pounds on transformation programmes, but they weren’t delivering. We figured something more fundamental must be going on.

As we thought about it we started to use the term ‘default future’. We were then approached by a publisher who had seen some of the ideas on our website and thought they would make a good book. When we suggested a title for it, which was too long and complicated, the publisher suggested it was really about taking organisations beyond their default, hence the title of the book.

Then we started to use the term trajectory rather than ‘path’ and the more we worked on it, the clearer it became. In 2016 we concluded that our default future was that the book wouldn’t get finished if we just continued to talk about it. So we sat down to write it: once we’d articulated the default future it became easier to take action to change our own trajectory.

Read more of the interview.