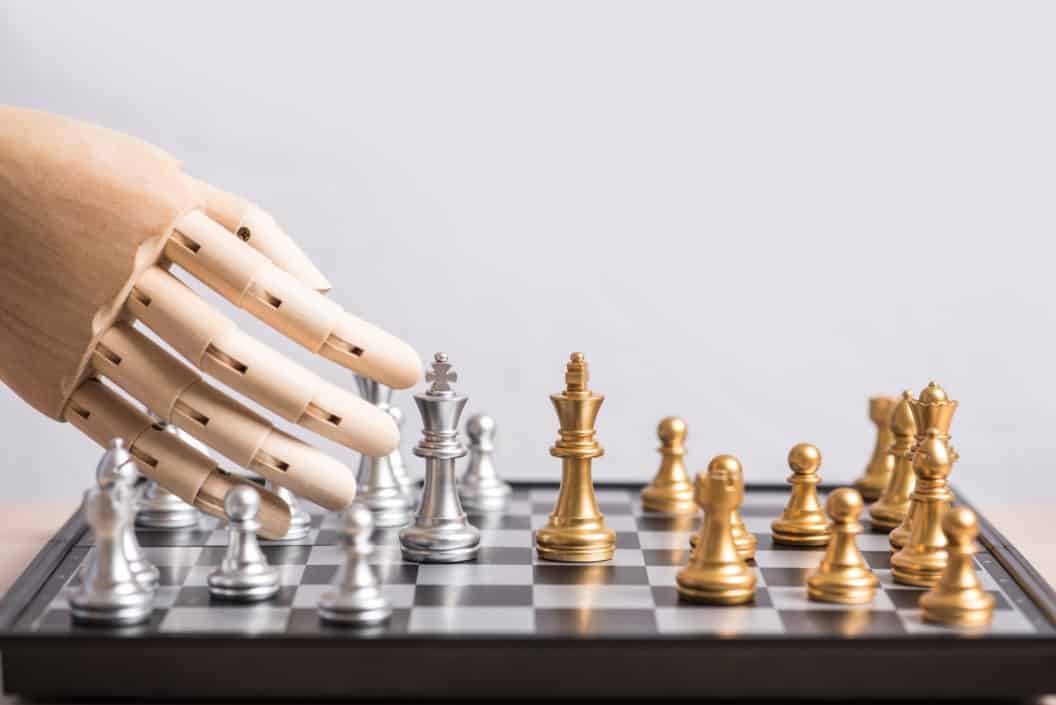 Strategy is important. It’s important because good strategy provides focus and guidance on what leaders need to do to make their organisation successful in the long term. But how is strategy developed? Is it something the CEO instinctively believes in or is it the result of a formal process led by the head of strategy and supported by external consultants? And what role should the Board play? Is it limited to approving the strategy or playing an active role in its formulation?

In this article we will argue that in many cases corporate strategy is influenced by hidden dynamics. We’ll do this by describing a scenario based upon what we have seen many times over the years, both personally and in the press. The scenario is not based upon any specific company or industry. It describes the dynamics that play out in all types of organisations when its leadership realises that a new strategy in needed. The scenario is described below in eight acts.

Act I: The slow decline

After many years of success the company began to face a number of challenges, its growth was declining and it was barely making a profit. It had also lost several important customers to its competitors who were not seen as a threat just a few years ago. While the executive team and Board were concerned, they believed that the recently introduced cost-cutting measures would improve performance and the market would soon pick up.

After missing several targets, shareholders and the Board became increasingly concerned that the current initiatives were not delivering the necessary turnaround. Many Board members felt that the executive team had become complacent and were mistaken in their belief that what had made the company successful in the past was going to make it successful again in the future. The Board was also facing increasing criticism from institutional investors who felt that a fundamentally different approach was required, starting with a change of Chairman.

Act III: A change of regime and direction

A new Chairman of the Board was duly appointed. It was an external appointment favoured by the institutional investors who wanted someone from outside the industry with a proven track record of ‘turning companies around’. Once appointed, the new Chairman changed the constitution of the Board by bringing in younger people from a wide range of industries. The aim was to bring in fresh perspectives and new ideas. As a result some long-standing members of the Board stood down. Not surprisingly the new Board members enthusiastically shared their ideas on what needed to be done to change the fortunes of the company. The outcome of these discussions was not called a strategy as such, but a new strategic intent had certainly emerged.

The Board quickly came to the conclusion that a change of executive leadership was required, starting with a new CEO. The Board appointed someone who they believed understood their thinking on what needed to be done. The criteria for selection was someone who could take the Board’s thinking forward and develop it into a coherent transformation programme.

The new CEO quickly finalised the new strategy and presented it to the Board. As it was very much in line with the Board’s thinking it had very little scrunity and was quickly approved. Part of the strategy involved making some organisational changes, starting with the executive team. As a result many of the existing executives chose – or were asked – to leave and new people were brought in from outside. While many of the newcomers had experience in leading transformation programmes, none had much experience of the industry they were expected to transform.

The new executive team planned their transformation programme and began its execution. While early results were encouraging, in that the financial performance of the company improved, colleagues who had worked in the company a long time – and knew the industry well – began to question the strategy. Their concern was that changes were being made ‘for change’s sake’ and were not focused on addressing the changing needs of the customer. These concerns were dismissed by senior management who described them as the inevitable ‘noise’ that comes with all transformation programmes. It would soon die down. But it didn’t, and soon after market analysts were commenting that the leadership was not addressing some of the fundamental issues facing the company and the industry.

Unsurprisingly the leadership did not accept the criticisms. Their argument was that the strategy was sound, it just needed to be better communicated. They also claimed that employees and analysts just didn’t understand what it took to deliver such a complex transformation programme. The CEO and his executive team successfully convinced the Board that they needed more time and budget to complete the transformation. Institutional investors were not convinced.

After missing repeated targets, both in terms of budget and performance, the Board began to realise that the transformation programme was not changing the trajectory of the company and its future for the better, and the situation was probably worse now than it had ever been. It eventually dawned on them that they had supported the wrong strategy and that a fundamental rethink was required.

A change in strategy is urgently required!

The simple answer is that the wrong strategy was chosen, but the more fundamental question is why?

In this simple, but all too frequent scenario, the Board implicitly set the strategy. It may not have intended to do so, but the people that were chosen to join the Board – including the Chairman – shaped the strategy. Whether they recognised it or not, the ideas they brought to the Board discussions reflected the strategies of their own organisations or those that they had experienced elsewhere. They were not necessarily the best ideas on which to base a strategy for the company that they were expected to provide independent governance. Without knowing it they were exercising their unconscious bias.

In their book Beyond Default, David Trafford and Peter Boggis argue that the essential purpose of strategy is to change the trajectory of an organisation, from the one currently taking it to its ‘default future’ to one that takes it to an improved future. They describe how developing successful strategy involves assessing the influence of the exogenous forces that are changing the context within which an organisation operates, exploring emerging strategic opportunities and making an informed choice on strategic intent. It’s a process that needs to be rigorously executed. It’s one that begins by understanding how and why the context within which the organisation in question is changing. It’s also a process that continually challenges people’s ‘self-referential strategies’, either those based upon popular strategic frameworks or one that’s preferred by the Board, CEO or other senior leaders.

In our scenario the new Board members felt that they were bringing their expertise to the company. Which was understandable as this was one of the reasons they were selected. The problem was that their unconscious bias offered strategies they knew and believed in – not the ones that were best for the company. They did this without understanding the changing context within which the company operated and the resultant default future it would bring. They also had no way of understanding the influence of the endogenous forces within the company that were anchoring it to its current trajectory. Forces that would need to be overcome if they stood any chance of changing its trajectory.

Does the scenario described above resonate with you? To what degree does unconscious bias influence the dynamics of developing and executing strategy in your organisation?

Frank Dannenhauer
Digital transformation strategist and advisor. Frank can be contacted at frank.dannenhauer@icloud.com